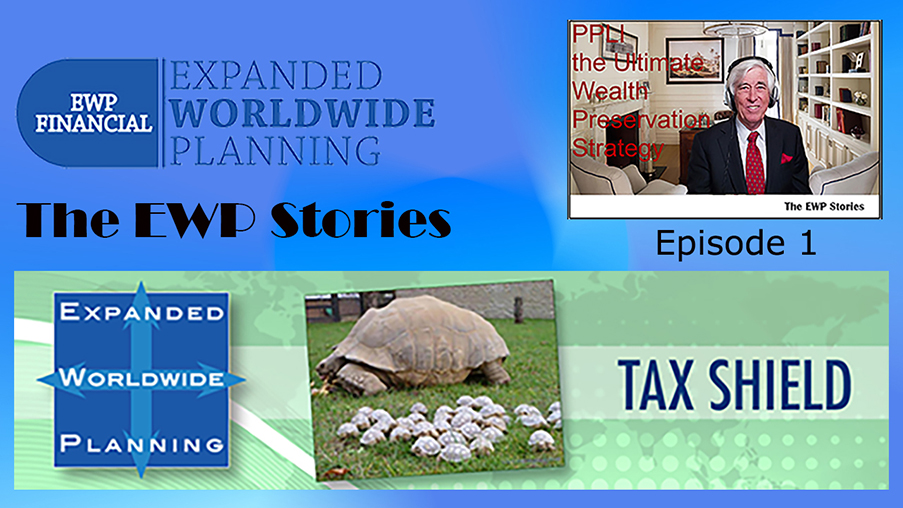 Introduction
Welcome. Why strain to invent an asset structure that will very likely draw the attention of tax authorities, because of its convoluted and aggressive design? Why not use a financial tool that has been in use since Ancient Rome–life insurance? This will give you the best tax shield available today bar none.
Our story involves the failed attempt of George Allbright to use a conservation easement that produces an inflated tax deduction. George discovers when it’s almost too late why it’s important to use a firmly established asset structure rather than one that will just get you in trouble with the IRS.

George Allbright was skimming over the arid, parched landscape of New Mexico in his Eurocopter Mercedes-Benz EC-145. This stylishly, well-appointed helicopter, costing $7 million dollars. It could maneuver effortlessly between the narrow red-rock canyons near his home. but minutes from his home were some of the poorest tribal communities of the Navajo Nation.

Some of these communities have been compared to Third World countries because of their economic struggles and their lack of basic modern water and energy systems. Most of the state’s Pueblo villages, Navajo chapter houses and Apache communities are isolated and have little or no access to the already poor infrastructure in New Mexico.

George’s source of great wealth was also a product of sharp contrasts. He was a non-smoker who founded a chain of stores that sold cheap cigarettes. He was raised in a large city, Detroit, yet now was one of the largest landowners in the U.S. He used his prodigious capital from the sale of his cheap cigarette stores to purchase ranches across the United States.

George skillfully landed his helicopter on the helipad a short distance from his split-level modern home that was cut out of a cliff overlooking acres of pristine desert landscape. He had no neighbors in sight, and he liked it that way.

After his flight, he sat on his veranda overlooking the silent and serene desert, dotted with creosote and mesquite. He savored his favorite single malt scotch, Laphroaig, with its strong peaty taste.

His cell phone vibrated loudly on the glass table. It was a number he didn’t recognize.

“Good afternoon,” said a well educated voice. “Let me get straight to the point. We haven’t met, but my company, Conservation for Nature, would be interested in working with you. You have plenty of land, and we have the expertise to give you excellent tax breaks.” He went on to detail the large tax deductions they were offering.

“Your timing couldn’t have been better,” said George. “My accountant has just told me that I need to consider ways to reduce my taxes. I have looked into conservation easements before, but the tax deductions that you propose are much better. Yes, I would be interested, very interested. Please call me back tomorrow.”

George had had a simple plan in amassing millions of acres of ranch land. He wished to keep it away from developers. This is just what conservation easements accomplished.

He also was feeling guilty about not properly figuring out how he was going to pass on his wealth to his family. If he could pay less in tax, he would have more to pass on to his wife and children. This thought gave him pleasure.

George marveled at his good fortune to receive such an opportune call. Was it too good to be true?

Conclusion
In our next video, we meet Jack Newcastle, an attorney for the IRS. Jack is currently conducting an audit of the very company that George Allbirght is considering using. Will George become just another victim of an IRS tax audit?

If you found this video useful, please give us a Like, and click on the Subscribe button below. We look forward to connecting with you in Part Two of our Tax Shield story.

To learn how the wealthiest families in the world conduct their financial affairs, please call +1 530 692 1007, or email us at info@expandedworldwideplanning.com.

At your convenience, we can arrange a call to discuss how our unique blueprint can vastly enhance your asset structure.
Disclaimer
The opinions expressed in this video are for general informational purposes only and are not intended to provide specific advice or recommendations for any individual on any financial structure, investment, or insurance product.